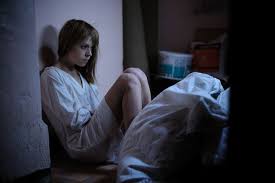 In 2016-17, I completed an MA in English, specialising in Irish Writing and Film, at University College Cork. As part of the course, everyone in my class was required to set up and regularly update a blog. The idea of the blog initially filled my classmates and me with dread, as blogging was completely uncharted territory for most of us. For each of us, the blog served two main purposes: to further develop our writing and digital media skills and to explore our chosen research area. As I had a keen interest in the Irish film industry, I decided to dedicate my blog to contemporary Irish film and television, focusing on the representation of youth culture in these texts. When I completed my first blog post in October 2016, I would never have expected that nearly three years later this blog would continue to play a big part in my life. Although I continue to study and write about Irish film and television, over time Scéal Milis has expanded to look at many other topics including history, international film and television, literature and the representation of women in media.

In a look back at my earlier blog posts, I have put together a short list of Irish films and television shows that explore a range of social issues affecting young people in Ireland. This list spans the years 2003 to 2017 and looks at films and television series that portray issues relating to sexuality, alcohol and drug abuse, crime, unemployment, emigration, mental illness, and homelessness.

An unlikely friendship develops between outsider Ned and rugby player Conor when they are forced to charge a bedroom at their boarding school. A coming-of-age film examining sexuality, friendship and acceptance.

Smalltown (2016) TV3
Created by Gerard Barrett, starring Charlie Kelly, Pat Shortt, Pauline O’Driscoll, Stephen O’Leary
A young emigrant struggles to reconnect with his family when he returns to his rural home after receiving some devastating news.

A Date for Mad Mary (2016) Element Pictures
Dir: Darren Thornton, starring Seána Kerslake, Tara Lee, Charleigh Bailey, Denise McCormack, Siobhan Shanahan
A troubled young woman returns to her hometown after being released from prison and embarks on a quest to find a date for her best friends wedding. A deeply engaging film looking at friendship, sexuality and the pain of confronting the past.

The Other Side of Sleep (2011) Fastnet Films
Dir: Rebecca Daly, starring Antonia Campbell-Hughes, Sam Keeley
Set in the Irish midlands Daly’s debut feature film follows a troubled young woman struggling to maintain her grip on reality after waking up beside a dead body.

Credit for cover photo to filmireland.net.

This work is licensed under a Creative Commons Attribution-NonCommercial 4.0 International License.